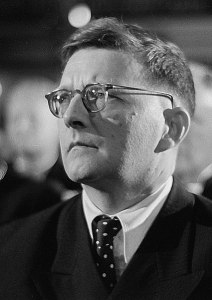 Recently, I made some comments in favor of the concert review over the concert preview, the latter of which I often feel are shallow and ultimately a waste of newsprint. (A brief defense of reviewing, Feb. 20, 2019.) Concert previews are all the rage these days among arts editors, though, both in small as well as prestigious publications. These arts editors seem to feel that reviews of concerts are useless if the reader can’t attend the same concert under review. Additionally, they also feel that it’s their duty to support the arts community by selling tickets to its concerts and events. (It’s not.) Thus the preference for concert previews over concert reviews among arts editors.

This week I was reminded once again of another reason — really, I guess it’s the main reason — that I don’t like writing concert previews. The concert that I could have written a concert preview of for several publications but didn’t, turned out to be a dud from the get-go.

I’m talking about the performance by the Emerson String Quartet of its concert/play “Shostakovich and the Black Monk: A Russian Fantasy,” which I heard Tuesday night at Samueli Theater and reviewed here. The event had just about everything an arts editor could want for a concert preview: a prestigious, Grammy-winning ensemble trying something new, exploring an interesting political topic and important composer’s life in an innovative way and meaning to reach a diverse audience of aficionados as well as newbies. The story had lots of angles.

And it might have been a decent story, in the hands of the right writer. But the trouble is, the event itself was a mess and, in my opinion, not really worth going to. And the further trouble is that, no matter how you write it, a concert preview is implicitly or explicitly recommending to the reader that he and she should consider buying a ticket to the concert and attending it. For a critic to put his neck out for such a thing as the Emerson’s “Shostakovich and the Black Monk” before even seeing it and write such a preview is dishonest and unfair to readers and will ultimately hurt his credibility.

When I was writing regularly for newspapers back in the day, I not infrequently had the experience of showing up at a concert that I had also written a preview of and said concert proving to be a lemon. At such times, I felt like crawling under my seat. I also felt responsible for at least some of the attendance at the concert, which is not a feeling you want your dispassionate and objective critic to have.

No, bring back the concert review. Make it the ne plus ultra of music criticism. Let there be concert previews, or season previews, once in a while, but have someone other than the critic write them. Allow audiences to decide what concerts they’d like to attend by reading the ads and concert calendar. And by reading the critic’s reviews, which will shape his readers’ taste.