A brief defense of reviewing 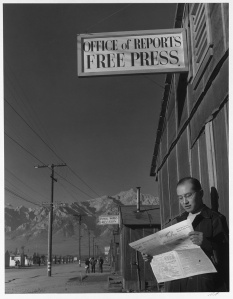 What’s wrong with finding out what happened at a concert the night before last?

Recently, I pitched a concert review of a celebrated orchestra to a local publication that shall remain nameless. The celebrated orchestra would be in town for one day, but its appearance was part of a long-standing series, and at a major concert hall here. The arts editor replied in a way that arts editors tend to reply these days.

“In general, if concerts are only going on for a day, we prefer previews over reviews, unless there are multiple dates and readers could still attend the show after reading the review,” the editor said.

When, exactly, did the job of reviewing (anything) become a shopping service? I wanted to reply. When did it become the responsibility of arts pages to sell tickets to the events that are written about there?

Is it the job of the baseball writer to sell tickets to Dodgers games, or to report on the game that happened the night before, with critical commentary?

Do we love the week full of previews to the Super Bowl more than the game itself?

Is the preview of the State of the Union Address more interesting than the commentary after it?

No, there’s something wrong here. Reviewing the arts has been denigrated to the point where it’s not worth anything except as consumers’ report, at least in most editors’ minds.

The editorial shift against reviews happened about a decade ago, I’d say, right when publications started counting clicks online. Hmmm, right about the same time that arts pages started their long decline towards irrelevance and inanity.