The Hobbification of Music Criticism 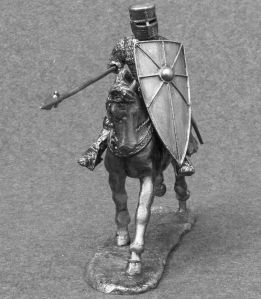 Since being laid off in mid September, I’ve received a number of offers to do some freelance writing (thanks, everyone), specifically in my area of expertise, music criticism.

I’ve turned most of them down for the simple reason that they don’t pay enough. Freelance rates are barely higher than they were in 1998, when I left the freelance market for a staff job, and they weren’t great then.

One can’t make anything like a living as a freelance music critic, and I need to make a living. I’m not independently wealthy, that’s the simple fact. I’m looking for a full-time job.

The going rate for a concert review is $150, often less, rarely more, even at major publications. By the time I finish with all the work involved in a review — preparation, driving to and from the concert, writing, editing, etc. — that can work out to be minimum wage. Without benefits, without retirement. (What’s more, if you happen to be on unemployment, you have to deduct the freelance pay from your claim; that means that often, you’re essentially writing for free.) This in a “profession” that I have a master’s degree in from a reputable university.

Occasionally, one gets an offer for an article that pays 50 cents or a dollar a word, but these aren’t that much better without the promise of a string of them landing on one’s desk, month after month after month.

If Neal Gabler can’t do it, neither can I.

Recently, I asked a successful cinematographer friend how he got healthcare between his film projects. Through the union, he answered. The union that he belongs to is set up for the gig economy of the movie industry. Sounds nice. I don’t have the option.

I pass this on merely as information to those who don’t know about it, not as a request for sympathy. There are less than ten full-time music critics (classical) working at American newspapers and magazines these days. The job has turned into a hobby for most who practice it. Same goes for arts criticism in general.

I do think that freelance rates are too low. And when I accept an offer, I feel as if I’m acquiescing to an unfair situation, a situation that helped lead to me being laid off and locked out of my profession of some 30 years.