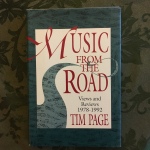 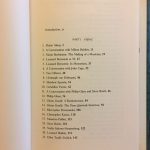 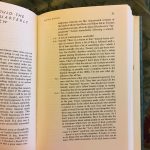 The latest entry in our occasional series on music criticism books is “Music from the Road” by my friend Tim Page. The subtitle is “Views and Reviews 1978-1992.”

It’s a terrific book for many reasons, but one of them that I’m always struck by is his prose style. It is conversational in the best sense, but not “breezy” in the way that most people mean when they say “conversational.”

No, Tim’s prose has a real warmth, grace and flow. You can read it out loud and it sounds well (probably because Tim does that himself before he publishes a piece). It addresses the reader as if he is as intelligent as Tim, and just as interested in the subject matter.

He has an exceedingly wide musical interests.

Sometimes considered a critical no-no, the first person pronoun is used by Tim in a masterly way. He makes its use thoroughly convincing because somehow he talks directly and intimately to the reader and the use of the “I” becomes modest rather than boastful.

Along with Martin Bernheimer and Justin Davidson, he is one of three living music critics to have won the Pulitzer Prize.

“Music from the Road” contains essays, interviews and reviews first published in The New York Times, Newsday and other publications.

Photo No. 1 shows the cover. Photo No. 1 shows the back cover, with blurbs by William F. Buckley, Jr. and Peter Jennings. Photo 3: The title page with Tim’s inscription to me. Photo 4: Part of the table of contents. Photos 5 and 6: Random samples, including part of Tim’s Piano Quarterly interview with Glenn Gould. (Click on the photos for larger views.)

Tim is also the author of a biography of the novelist Dawn Powell, a memoirist, and an editor of many books, including several volumes by Virgil Thomson.