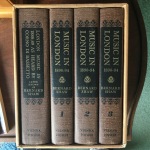 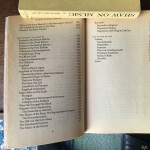 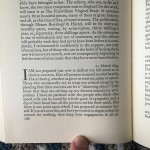 Before he became a celebrated playwright and winner of the Nobel Prize for Literature, George Bernard Shaw was a brilliant music critic in London for various publications.

It’s wonderful writing in every way, still of compelling interest and, strange to say of music criticism perhaps, very entertaining and often hilarious.

“I could make deaf stockbrokers read my two pages on music,” Shaw once boasted of his music columns and you can believe him after reading some.

Above you see some of my collection of his musical writings.

The first photo shows an almost complete edition of his musical reviews and essays. He started writing under a pseudonym, Corno di Bassetto.

The second photo is of a paperback selection of his music criticism.

The third and fourth photo are of an edition of some of his critical essays, which includes his brilliant commentary on Wagner’s “Ring” cycle called “The Perfect Wagnerite,” absolutely essential reading for anyone interested in the tetralogy. (I have often wished more directors would read it.)

The last two photos are random samples of the writing, which speaks for itself. Please enjoy responsibly.

As always, click on the photos for larger views.